Sometimes a long weekend is all you need to confirm that it is really is better in the Bahamas.

When you only have three days in the Caribbean, every moment counts and proximity is key. Located just 50 miles, and two hours by ferry or 30 minutes by air from South Florida (hop Tropic Ocean Airways’ seaplane from Fort Lauderdale), Bimini is the closest Bahamian island to the United States. And that makes it the perfect quickie getaway for sun-seeking, time-crunched visitors.

Bimini comprises two islands: South Bimini (where commercial planes land) and, a three-minute ferry ride away, North Bimini, a hook-shaped, six-by-three-mile-long island where all the action is. Beyond its stunning beaches and reputation as a Caribbean sport fishing capital, the Bahamas’ westernmost district is famous as the place where both Ernest Hemingway and Dr. Martin Luther King Jr. found inspiration for their work. You may find the same at the Hilton at Resorts World Bimini, a 305-room spread where six restaurants, a casino, spa, two pools, and a trendy new beach club are fun diversions. Check-in, drop your bags, and then rent a golf cart ($75 to $100 a day, depending on the season) to get the lay of the land.

About a mile from the resort is Edith’s, an unassuming waterfront pizza joint where it should be illegal to leave without ordering the tasty lobster pizza, made with a slightly sweet “Bimini bread” crust. Accompany your pie with an ice-cold Kalik and you’ll be fueled for an afternoon of tooling around town, past village churches, waterfront bodegas, the craft market and its memorial to Dr. King, who wrote his “I’ve been to the mountaintop” speech while fishing in the surrounding mangroves.

Stop for some sun and sea at Radio Beach, a white-sand strip (named for the telecommunications tower opposite) on the island’s southern tip, where you can marvel at the water’s stunning “Bahama blue” hue.

Spend the rest of the afternoon on this popular strand and then, before you head back to the hotel, make a quick stop for a bowl of the Bahamas’ ceviche-style specialty conch salad, made with raw conch, diced onion, tomato and green peppers and drizzled with citrus juice. Stuart’s has been a popular go-to conch, lobster and “bubby” (conch skin) salad spot here for decades, and once you taste his fare, you’ll know why.

Today’s all about exploring what is arguably the Bahamas’ biggest asset, the water that surrounds it. Bimini Blue Adventures offers three half-day tours. Choose to snorkel the wreck of the SS Sapona, which sunk in 1926 and now serves as an artificial reef, dive site and a stunning concrete-and-rusted rebar memorial to the ill-fated steamship. Or, if you’re really adventurous, opt for the chance to swim and snorkel mere feet above Caribbean reef sharks on the company’s excursion to Triangle Rocks.

Less daring? Then the trip to Honeymoon Harbour (aka Gun Cay) is for you. In the shallows off this islet, friendly (and hungry!) stingrays are waiting for visitors (that’s you!) to wade in and feed them. You’ll encounter sharks here, too, but this time they’re gentle nurse sharks, whose teeth are so far inside their mouths you’d have to put your hands down their throat to get bitten—or so we’ve been told!

Back on land, make a beeline for Resorts World Bimini’s beach club, where there are two pools, two bars (one’s a swim-up) and a deejay spinning the latest tracks. If you’re not a hotel guest, $20 gets you in to stake your claim to its mile of powdery white sand and Windex-blue water. At the end of the day, you could head back to the hotel. But why not hang here and have a casual dinner at the club’s Beach 360 restaurant? Watch the sunset with a cocktail in hand, your toes in the sand, and a smile on your face.

Read the complete article at Islands.com 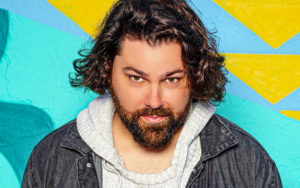