Imagine dipping into the crystal clear waters of a shallow sandbar surrounded by magnificent coral reefs, colorful fish, and dozens of stingrays propelling their way up to meet your hand for an afternoon snack. You’re overcome with a sense of excitement as you watch these unique creatures “fly” through the water with their wing-like fins and as you feel the brush of their sleek bodies tickle your legs. The excitement only builds as they make splashes to quickly grab fresh squid from the palm of your hand. Soon enough, the nervousness will settle down, and you’ll become completely immersed in your special encounter with one of the ocean’s most misunderstood and majestic sea creatures.

The Secret Life Of Stingrays

Stingrays are the mysterious, saucer-like bottom dwellers of the ocean. They are commonly found in the shallow coastal waters of temperate seas in tropical and subtropical areas around the world. These masters of evasion spend most of their time inactive, buried under the sand, moving only with the sway of the tide. Their speckled skin, ranging from a light sandy tone to a dark brown, allow them to stay invisible to predators, including hammerhead and lemon sharks. When threatened, stingrays will stir up sand with their wings while burying themselves head-first. Like their shark relatives, these flat fish don’t use their eyes to find prey. Instead, they have electro-sensors which help them detect electrical charges emitted by prey. They are carnivorous, and use their powerful jaw teeth to crush the shells of small mollusks, such as clams, oysters, and mussels.

There are 60 different species of stingrays, but in Bimini you’re most likely to encounter the Atlantic stingray species (Dasyatis sabina) or the Southern Stingray (Dasyatis americana). The Atlantic stingrays are smaller, growing to around 12 to 14 inches wide and have a brown diamond-shaped body that spreads into yellow with a white underside. They have long pointed snouts, wing-like pectoral fins used to propel across the ocean bottom, and an unusually long whiptail with venomous spines used for self-defense. These Atlantic stingrays can survive in brackish or fresh water, so they can also be found in lakes and rivers. Southern stingrays are darker in color and are one of the most angular species with pointed corners on each wing and a pointy snout. The southern stingray is very large, often reaching a wingspan of four or five feet with tails twice as long as their body.

Stingrays and sharks are very closely related, belonging to a group of fish called the elasmobranchs that are distinguished by having skeletons made out of cartilage. This doesn’t mean you need to run in panic at the sight of one. The stingray is a relatively docile creature, using its venomous tail to attack as a last resort. Still feeling unsure about your stance on stingrays? The best way to ease your qualms is to learn more about their infamous stingers and how to stay sting-free during your encounter.

All stingrays are armed with at least one serrated venomous spine at the base of their whip-like tails with one primary purpose: to protect. Tail spines are an effective way to deter predators, like sharks, that commonly target stingrays. Contrary to what their name implies, stingrays do not attack aggressively, or even actively defend themselves. When threatened, their first reaction is to swim away. However, when they are attacked by predators or stepped on, the barbed stinger in their tail will powerfully and suddenly thrust upward and forward onto the victim (usually the offending foot). Although being pierced by the stingray’s spine is painful, it is rarely life threatening to humans.

It is clearly dangerous to swim directly over a stingray, which is how Crocodile Hunter Steve Irwin was fatally injured. For a man who made his living handling some of the most dangerous creatures on earth, Irwin met his end at the hands of an unlikely suspect. He is one of the 17 stingray fatalities in recorded history. Fatal stingray attacks on humans usually involve a puncture to the chest and are exceedingly rare. Stingrays are ordinarily docile creatures, but they are wild animals nonetheless, and certain precautions must be taken around them.

To avoid stepping on top of a stingray, you can shuffle your feet when entering and exiting the water, as opposed to taking big steps. Stingrays detect the shifting sand and will move out of your way. Also, avoid swimming in a stingray’s striking zone, which is the area directly above it. This can make a stingray feel trapped without an escape route, triggering an attack, but you don’t have to worry about that in the shallow waters of Honeymoon Harbor. When handling a stingray, you should only touch the disk area of the ray and avoid getting too close to its tail.

Your Adventure Begins With Bimini Undersea

Now that you’re well-versed in all things stingray, you’re ready to begin your stingray escapade with Bimini Undersea. The adventure starts at the docks of Resorts World Bimini, where you’ll take a 20-minute catamaran to Honeymoon Harbor, a small anchorage on the north end of Gun Cay on the southeast part of Bimini. How this beach earned its name is unclear, but with the clear turquoise waters surrounding this small cay, it would make for a lovely honeymoon spot, and an even better snorkeling spot. From colorful starfish and conch, to the occasional nurse sharks, the waters in the harbor are teeming with all sorts of marine life – especially stingrays. Once you land at Honeymoon Harbor, you have 2 hours and 45 minutes to indulge in this personal island experience.

The actual stingray portion of the tour usually lasts for about 30 minutes, where you’ll be able to interact, pet, and feed stingrays in their natural habitat. The stingrays at Honeymoon Harbor are accustomed to being fed and will probably swim right over to you as you wade in the crystal clear shallow waters. With a mere 3 feet to the bottom, the stingray experience is the ideal activity for kids and families. Just find a spot where you’re comfortable sitting, wait there with the food, and be prepared to make a ton of stingray friends. After hanging out with these oddly cute creatures, you can enjoy the rest of your time on the island by swimming, snorkeling, and relaxing.

The south side of the harbor has a beautiful stretch of white-sand beach, perfect for playing Frisbee, grilling the catch of the day, or simply relaxing in the sun. The tour includes a cooler with ice and water, so it is recommended to bring your choice of food and beverage, as well as towels, extra clothes, and a waterproof camera. You can also rent a GoPro from Bimini Undersea and capture every moment of your very personal stingray encounter.

The best time to plan your stingray adventure is in the summer when the waters are calmer and charter trips to Honeymoon Harbor are smoother. It is recommended to book your stingray excursion in advance, as space is limited. You can reserve your spot at Resorts World Bimini’s front desk, or online here. 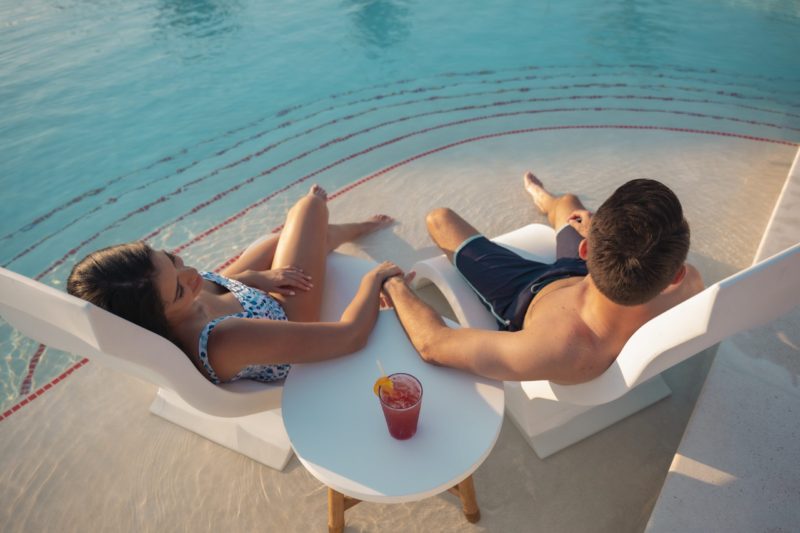 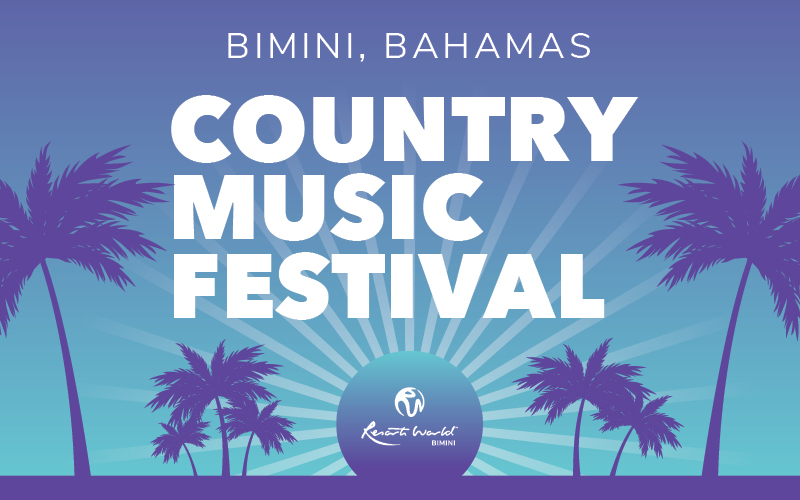